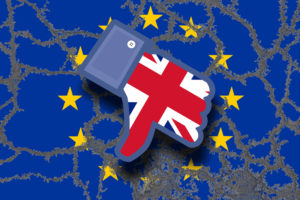 Immediately after the big news of the passing of Brexit (or the UK referendum on leaving the European Union), several sent me questions about it.

Some asked if Brexit now leads to the rising of the Antichrist per the “Beast from the sea” Revelation 13 prophecy. This is based off the idea that this is showing the Antichrist rising from British Islands as viewed from the Holy Land.

Others wondered the opposite–if the Brexit would delay the Antichrist gaining power because it could inspire other members like Sweden, Italy, Germany and France to also exit and destroy the EU. Under the old prophecy paradigm of Hal Lindsey that the Antichrist rises through a unified super-Europe like the EU, Brexit seems to not help the rise of the Antichrist.

My answer? Both of these theories demonstrate the kind of speculation that prevails when fundamental prophecy passages are not understood. Revelation already tells us plainly what allows the Antichrist to come to power and it has nothing to do with his likeability, voting, or a preexisting unified Europe.

6 thoughts on “Brexit: Does This Help Or Hurt Prophecy, Rise of Antichrist?”