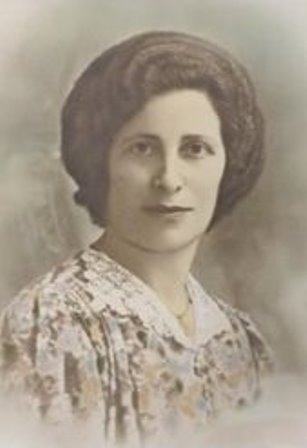 I received the following curious question about Emma Morano from a visitor to my site:

Emma Morano just died and she was born in the 1800s. Was Emma Morano’s death 1 key event supposed to happen before Jesus’ return? I think for Jesus to come back there should be no one from the 1800s alive as a prophecy or something.

I had not even heard of her until this question, let alone a prophecy theory revolving around her. Is it legit?

Emma Morano indeed had been reported as the last living person to have been born in the 1800s until her death, or the “last survivor of the 1800s.” She died at the age of 117.

Methuselah and the Flood

When people speculate like this, they may have Methuselah in mind. Methuselah is known to many Christians as the oldest person who ever lived. Genesis records he died at 969 years old, many times more than the oldest person in modern recorded history, Jeanne Calment who died at the age of 122.

It’s also said that his life and death was prophetic significantly because of the meaning of his name. Some alternative translations of the Hebrew render Methuselah as “his death shall bring judgment.” This prophecy in his name would fit how the flood judgment of God came the year he died.

If this prophecy in his name theory is accurate then perhaps he died before the flood fell.

This Generation Shall Not Pass

Another cause I can see behind speculation about this person’s death is that Jesus said “this generation shall not pass” (Mt 24:34) in his Parable of the Budding Fig Tree.

People mistakenly take that out of context and turn it into “that generation shall not pass.” But that’s not what it says. They also by this turn the parable into a secret prophecy, which it is not.

Jesus predicted trouble for his generation twice. Each time he was talking about judgment falling on his hearers for being a wicked generation who rejected his signs and instructions (Mt 16:4;12:39=Mt 24:34=Mt 23:35-36).

To understand what “this generation” and how to understand the Parable of the Budding Fig Tree plainly in context, see my study on that.

Emma Morano and the Second Coming

Not surprisingly, there is nothing in the Bible about Jesus coming back after someone like Emma Morano dying. Nor a whole generation dying out.

The only people that are predicted to die right before Jesus comes back are the Two Witnesses. They die 3½ days before the rapture and Jesus’ return. Of course that’s not helpful at all to the question at hand.

If you want to know a real sign of the end that comes in good times like this, see my study on Matthew 24:14 and the coming publication of the Good News of the Kingdom worldwide.