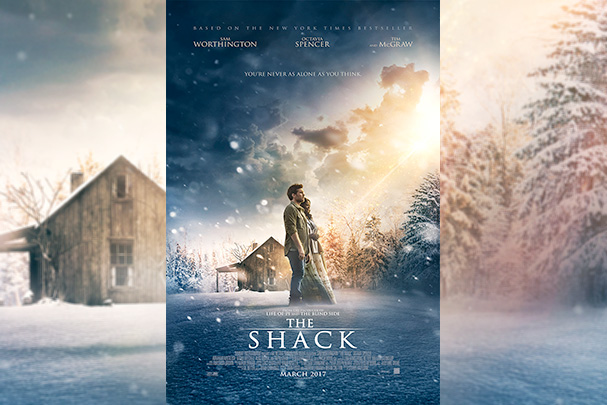 Are Christians right to warn people about the The Shack and even tell them not to see the movie (like they did with the novel)?

Christians who consider The Shack “dangerous” have written blog posts and even entire books against it. They list all the areas they perceive that it deviates from correct Christian theology and the Bible. Their intentions may be good, but their response is not helpful, making people afraid to read a book about God’s forgiveness and healing love. (Unless you consider how many people are intrigued to read the book because of its “taboo” reputation. This helps even more people to find the book.)

First of all, Christians like this fail to recognize that it’s only their opinion that this book is teaching heresy. Not all Christians agree with this opinion. Why? Because what the Bible teaches is not clear enough to not leave room for debate. That’s why there are 40,000 warring denominations of Christianity with different beliefs and doctrines. That’s why there are pretrib rapturists and post-trib rapturists reading the same Bible. There is no authority today on what is right and what is wrong to settle all this. Jesus or the Apostles are not here. That leaves us with only Christian opinions.

From that opinion, they make a quantum leap: this heresy is harmful to people. Where’s the proof? It’s just more opinion, even if it cites a verse to back it up. People quoting verses so often fail to realize that there are many possible meanings to a verse, not just the one they imagine and are using.

If God has left it this way, in total confusion over what the “right” beliefs are, and if “right” beliefs are as important as Christians make them out to be, then who can be saved? Most would be lost if the Christian paradigm is accurate. Few would stumble upon the right beliefs among all the confusion and disagreement in Christian circles.

Is that how a loving God set up the world, created us as flawed humans learning as we go in a world full of deception (Rev 12:9), dooming most us to be lost in our wrong beliefs?

No, I’m sure God has a better plan than that. The Christian focus on orthodox is where the problem lies. Most Christians don’t realize that this focus deviates from the focus Jesus had.

If you study the words of Jesus in the Gospels, you will find no such focus on orthodoxy, or right beliefs. He only debates theology when the self-appointed religious police of his day bring it up. Usually it comes in the form of an attack. They accuse him over how he fails to keep their invented religious laws like sabbath restrictions and kosher rules. Jesus responds with a rebuke that demonstrates how their position or tradition contradicts Scripture or how Scripture contradicts it.

Let’s not forget that they called Jesus a heretic for his deviation from their version of right theology. Sound familiar?

Go read the Sermon on the Mount and notice what Jesus teaches there. It’s all about doing the right things (love, compassion) with the right motives (faith in God’s goodness for all). Also known as orthopraxy, the counter-point to orthodoxy. He spends zero time on theology, religion, rituals, and other things that religion is concerned with.

Christianity deviates from this focus as all religions do. Not knowing this, we all turn to religion when we find Jesus’ words to hard to understand and follow directly, on our own. Yet turning to the wide path of religion and false teachers who lack good fruit is exactly what Jesus warned not to do.

Deception Unavoidable, But Here’s How You Mitigate It

I have news for those who, with their incorrect orthodoxy paradigm, worry about being deceived in their beliefs from books and movies like The Shack.

We’re all already deceived and full of wrong beliefs (Rev 12:9). All humanity has different ideas on theology. Imagine the ideas human imaginations came up with before there was a Bible or Christianity to guide them? Actually, the Bible and Christianity have done little to unify our theology, as already stated.

Do you want to know the best approach to deception? Build your discernment. How do you do that? By “constant use” of your mind (Heb 5:14). One way of using your mind constantly is to read everything you can get your hands on and considering it, comparing it against Scripture.

That’s what I’ve been doing ever since I left religion and began studying the Bible and Jesus’ words directly. I constantly learn and discover things I was taught wrong or concluded wrong all by myself. I then change my belief and categorize the thing I used to believe as one more false teaching. This is how discernment is increased and deception reduced. Wash, rinse, repeat.

So when I hear the religious police tell people not to read something “for your own good” I cringe. I know censorship like that does not serve a person’s learning and growth. Frankly, it reminds me of what a cult like Scientology tells members in order to keep them ignorant and under their control. I realize people who censor The Shack mostly have better motives, yet the censorship they share in common with cults is still suspect.

If you want to read or see The Shack, go ahead without fear of getting doctrinal cooties, being deceived or losing your salvation. Your righteousness and salvation today, like Abraham’s was 4000 years ago, is based on your faith in God’s word (Gen 15:6) as evidenced by your acting out the Law of Christ taught in that word (Gal 6:2=Mt 19:17-19). It’s not about not being deceived or holding to the theological opinion of a mere religion.

6 thoughts on “Should You See/Read the Shack?”